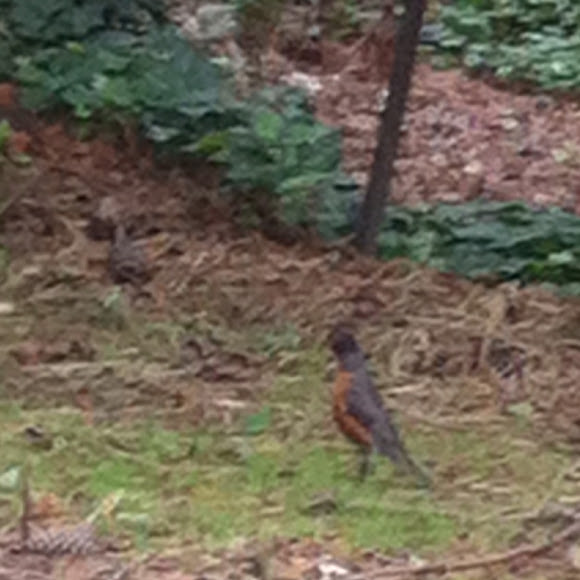 The American robin (Turdus migratorius) is a migratory songbird of the thrush family. It is named after the European robin[2] because of its reddish-orange breast, though the two species are not closely related, with the European robin belonging to the Old World flycatcher family. The American robin is widely distributed throughout North America, wintering from southern Canada to central Mexico and along the Pacific Coast.