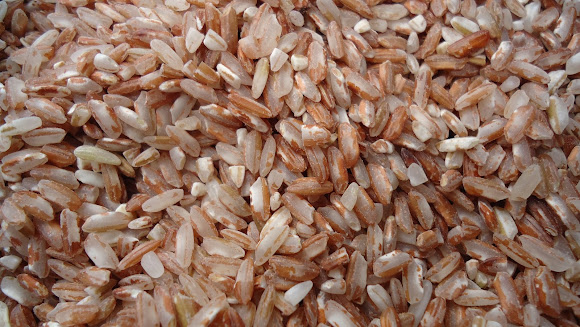 Rice is the seed of the grass species Oryza sativa (Asian rice) or Oryza glaberrima (African rice). As a cereal grain, it is the most widely consumed staple food for a large part of the world's human population, especially in Asia. It is the agricultural commodity with the third-highest worldwide production (rice, 741.5 million tonnes in 2014), after sugarcane (1.9 billion tonnes) and maize (1.0 billion tonnes). -Wikipedia

Being widely cultivated in Asian countries.

Red rice is less consumed because of its rougher texture compared to a softer white rice but more nutritious than the white.