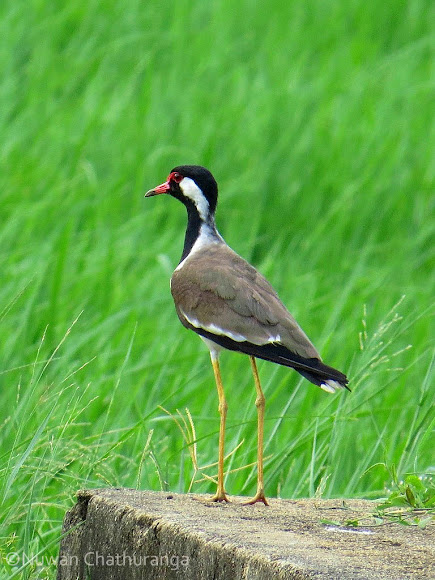 Common resident of tank edges, paddy fields and open areas, usually not far from the water in the low country and lower hills while much common in dry zone. Usually it is encountered as pairs or small groups feeding on ground-dwelling insects such as grasshoppers, beetles, ants, termites, etc. walking hither and thither in typical plover fashion. Breeding season is from April to September and lays four eggs in a shallow scrape on the ground among stones or debris. If an intruder approaches the nest it takes to wing and circles around the disturber screaming with its loud call did-he-do-it until the enemy has withdrawn.