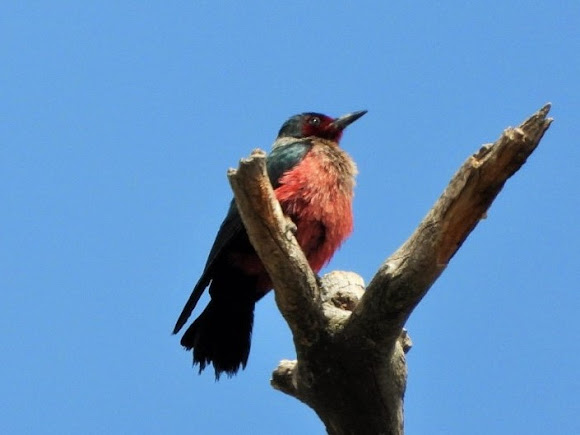 Lewis's woodpecker is a fairly large woodpecker with long wings that are almost to the end of the tail when at rest. Mostly blackish-green with a pinkish belly. The head is dark with a pinkish-red face and a gray collar.

Fun fact: Lewis's woodpecker was named after Meriwether Lewis, one of the explorers who surveyed the areas bought by the United States of America as part of the Louisiana Purchase and discovered this species of bird. Ranges from southern British Columbia to New Mexico.