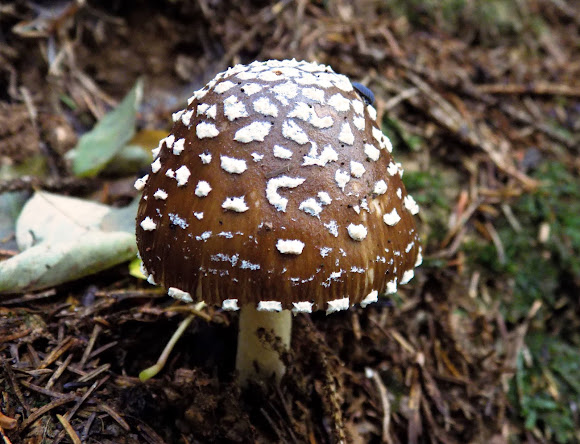 Other than the brownish cap with white warts, distinguishing features of Amanita pantherina include the collar-like roll of volval tissue at the top of the basal bulb, and the elliptical, inamyloid spores.

The panther cap is an uncommon mushroom, found in both deciduous, especially beech and, less frequently, coniferous woodland and rarely meadows throughout Europe, western Asia in late summer and autumn.

Amanita pantherina contains the psychoactive compound muscimol, but is used as an entheogen much less often than the related Amanita muscaria.