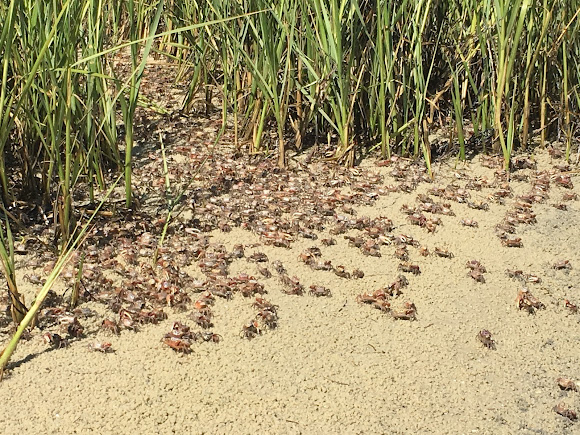 A fiddler crab, sometimes known as a calling crab, may be any of approximately 100 species of semi-terrestrial marine crabs which make up the genus Uca. As members of the family Ocypodidae, fiddler crabs are most closely related to the ghost crabs of the genus Ocypode. This entire group is composed of small crabs – the largest being slightly over two inches across. Fiddler crabs are found along sea beaches and brackish inter-tidal mud flats, lagoons and swamps. Fiddler crabs are most well known for their sexually dimorphic claws; the males’ major claw is much larger than the minor claw while the females’ claws are both the same size.

On the sand of Pine Island Beach, FL