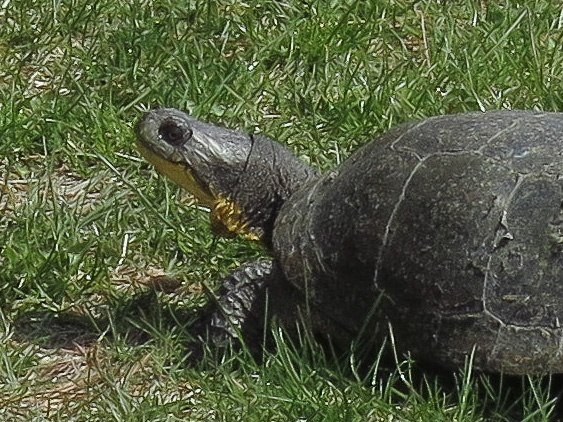 Found this older female Blanding's Turtle crossing a jogging path on her way from her pond to some forested area at Cuba Marsh Forest Preserve in Barrington, IL. My first sighting of an endangered species!

Confirmed this sighting originally with Lake County Forest Preserve Wildlife Biologist Gary Glowacki who believed it was the first-ever sighting of a Blanding's at Cuba Marsh.