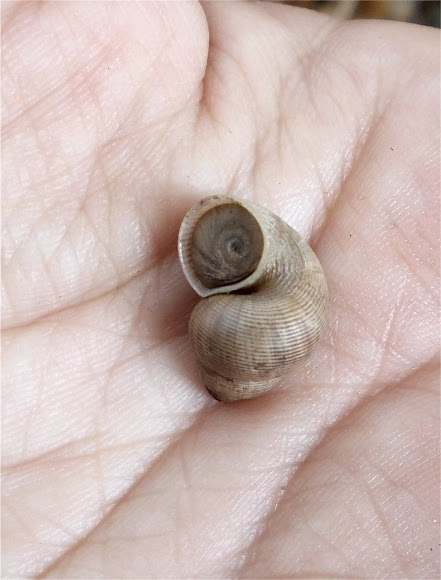 Pomatias elegans, common name the round-mouthed snail, is a species of small land snail with an operculum, a terrestrial gastropod mollusk in the family Pomatiidae within the superfamily Littorinoidea, the winkles and their allies.This species is very common in Southern Europe. Its overall distribution extends as far east as Istanbul and across the Bosphorus from there. It was spotted on deciduous forest floor, Pelion moutain, Greece.