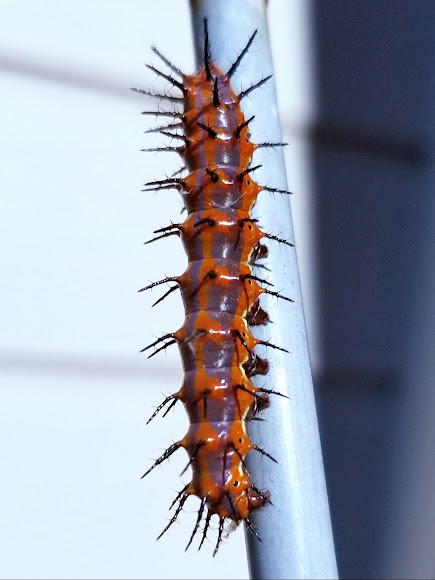 It is a large caterpillar with purple and orange striking colors. This one was in it's last instar about to shed into a pupae. This one had lots of purple as well as some bright orange with black non-venomous spines. This species contains cyanide alkaloids that comes from the leaves of passion vine.

This one was feeding on some bluecrown passionflower vine, (Passiflora caerulea). Gulf fritillaries are found primarily in the southern parts of the U.S., such as many regions of Texas and Florida. However, this butterfly’s range can extend from the southern U.S. into parts of Mexico and Central America and sometimes as far as parts of South America. They are also found in Hawaii.