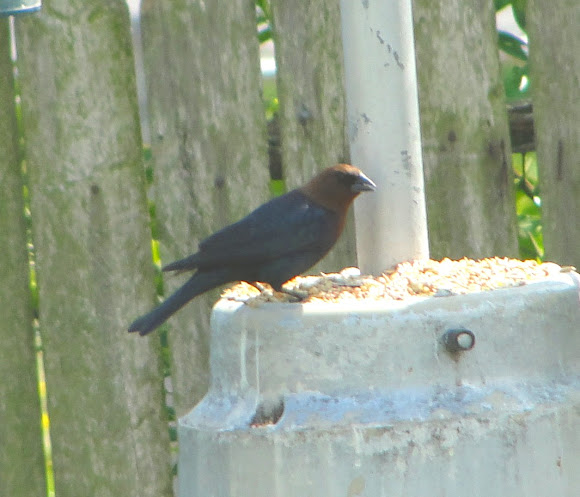 The Brown-headed Cowbird is a small brood parasitic bird that resemble New World orioles in general shape but have a finch-like head and beak. Adults have a short finch-like bill and dark eyes. The adult male is mainly iridescent black with a brown head. The adult female is grey with a pale throat and fine streaking on the underparts. These birds forage on the ground, often following grazing animals such as horses and cows to catch insects stirred up by the larger animals. They mainly eat seeds and insects.

You’ll find Brown-headed Cowbirds in many open habitats, such as fields, pastures, meadows, forest edges, and lawns. When not displaying or feeding on the ground, they often perch high on prominent tree branches.

This bird is a brood parasite: it lays its eggs in the nests of other small perching birds, particularly those that build cup-like nests.