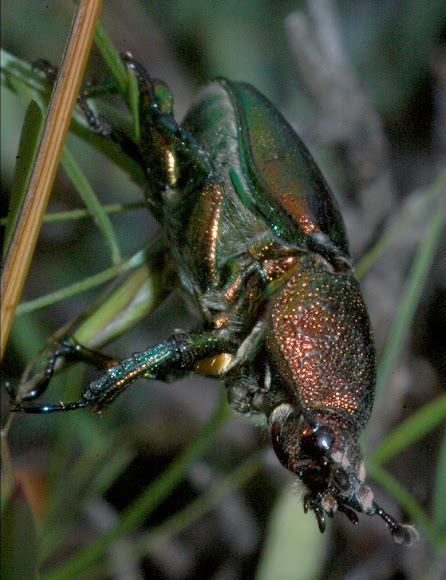 Golden Stag Beetle (Lamprima aurata), female. They are commonly known in Australia as "Christmas beetles" because they, along with some other species of brightly colored beetles, appear around Christmas time.

She's a bit dusty, but her colors were still truly iridescent.

Thanks. She kept moving, so I had to have my head down in the grass to get the photo. What we do for "art". ;)

I love the blue legs - they're my favorite bit.

Hi Yasser, I've yet to see one of the males, but I'm on the look-out. Mostly we only get to see them flying by, but rarely landing.