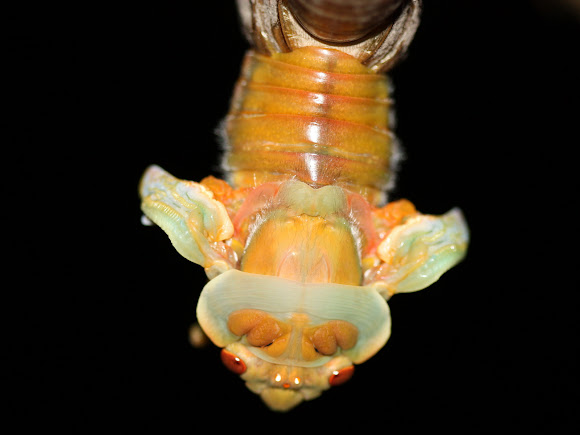 A hot day ended in a mass emergence of cicada nymphs under a large tree. Under cover of darkness each split out of its nympal shell and expanded its wings over about 30 minutes. There were three forms, the well known green form and two similar color variants known colloquially as masked devils. The two forms are dichromatic and had developed a black abdomen and black facemask by the morning (last pic)

Amazing!!!! so unique this cicada~

Thanks AryaM
Thanks Arlanda
Thanks MarkR
Thanks LeubaR
This masked form is fairly common but also new information for me. My friend thought there were two different species mating Who would have thought they have two colors forms too?
Here is Marks spotting http://www.projectnoah.org/spottings/435...

Great series Martin. The colour change is nice to see.