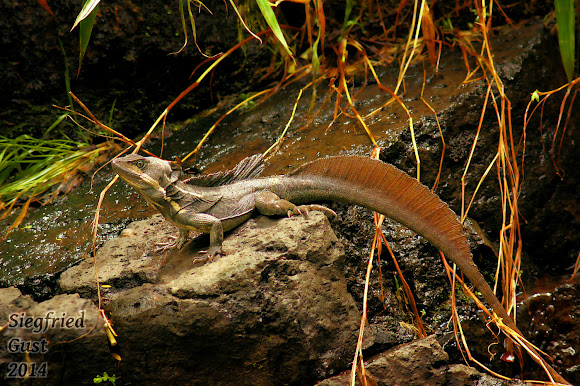 A large (50-60cm long) brown lizard with erect crest along it's back and tail. The immature ones have a more mottled and spotted pattern and don't yet have the crest (see the second picture). They are most often found along flowing water and they will run across the surface of the water if startled, hence the name Jesus Christ Lizard.

These were found at the Llanos de Cortez waterfalls on the rock face next to the waterfalls.

There were several young ones and this large male at this location. A higher resolution version of the first Image can be seen here, http://photo.net/photodb/photo?photo_id=...