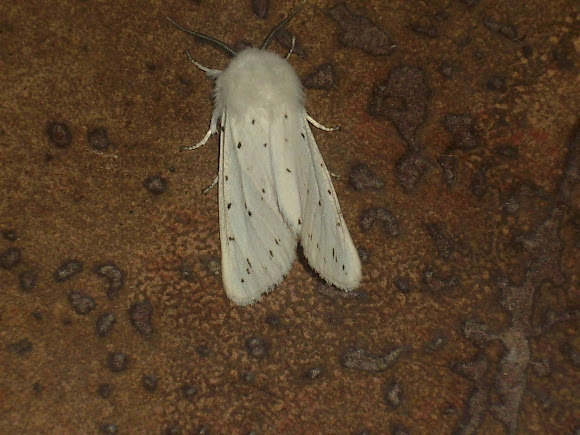 The wingspan is 34–48 mm. Wing pattern is very variable, from entirely white wings to strongly covered with black dots. Hindwings often with one or several black dots (rarely without any black dot). Antennae branches long (much longer than in similar Spilosoma urticae), 3-5 times longer than the antenna stem diameter. The moth flies May to September depending on the location. They are not eaten by birds because they are poisonous.

The White Ermine (Spilosoma lubricipeda) is a moth of the family Arctiidae. It is found throughout the temperate belt of Eurasia from Europe through Kazakhstan and Southern Siberia to Amur Region, China, Korea and Japan. In China several sibling species occur.