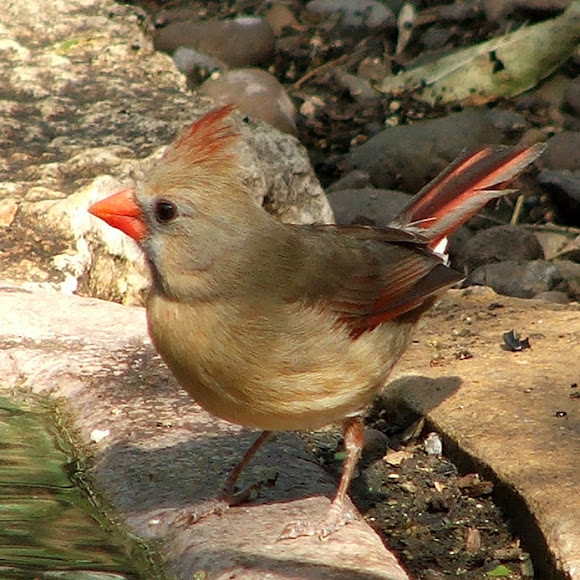 The male averages slightly larger than the female.[9] The adult male is a brilliant crimson red color with a black face mask over the eyes, extending to the upper chest. The color becomes duller and darker on the back and wings.[10] The female is fawn, with mostly grayish-brown tones and a slight reddish tint on the wings, the crest, and the tail feathers.[11] The face mask of the female is gray to black and is less defined than that of the male. Both sexes possess prominent raised crests and bright coral-colored beaks. The beak is cone-shaped and strong. — Wikipedia

It is found in woodlands, gardens, shrublands, and swamps. — Wikipedia