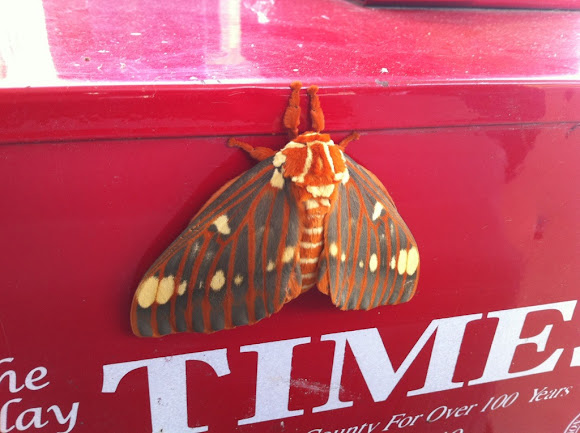 The regal moth (Citheronia regalis), also called the royal walnut moth, is a North American moth in the saturniidae family. The caterpillars are called hickory horned devils. The adult has a wingspan of 9.5-15.5 cm.