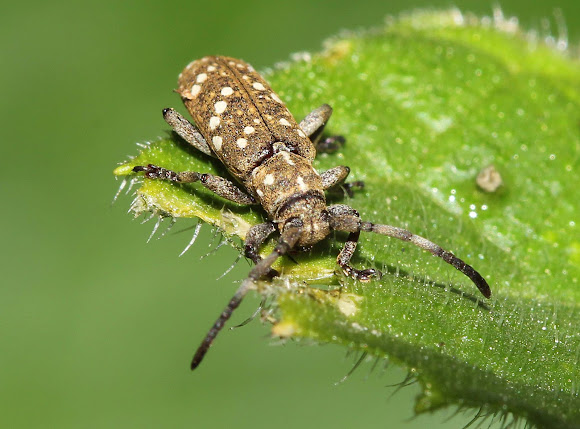 This is Apomecyna histrio (Fabricius, 1792) Cerambycidae; Lamiinae; Apomecynini. A brown, longhorn beetle with large white spots (which seem to arranged in diagonal lines on the Elytra) and several smaller white spots which appear to be scattered rather more randomly. It might be worth mentioning that the legs and the antennae appear to be very robust.

These Cucurbit Stemborers were spotted exactly where you would expect to find them. They were clambering all over the Cucumber (Cucumis sativus) in our vegetable plot, so no problems there! The copulating pair were on a spar of the bamboo trellis which was supporting the plants.