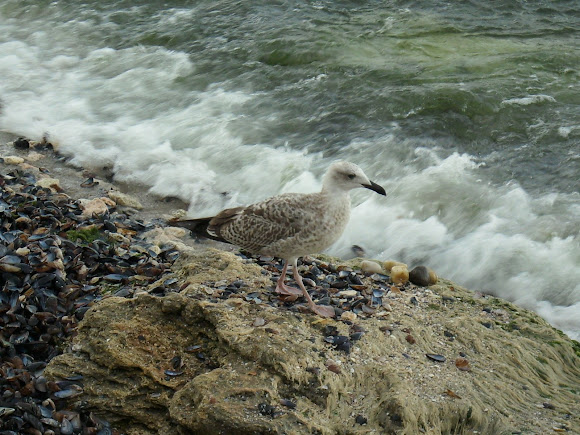 These are young caspian gulls.

The Caspian gull breeds around the Black and Caspian Seas, extending eastwards across Central Asia to north-west China. In Europe it has been spreading north and west and now breeds in Poland and eastern Germany. Some birds migrate south as far as the Red Sea and Persian Gulf while others disperse into Western Europe, in countries such as Sweden, Norway and Denmark. Small numbers are now seen regularly in Britain, especially in South-east England, East Anglia and the Midlands.