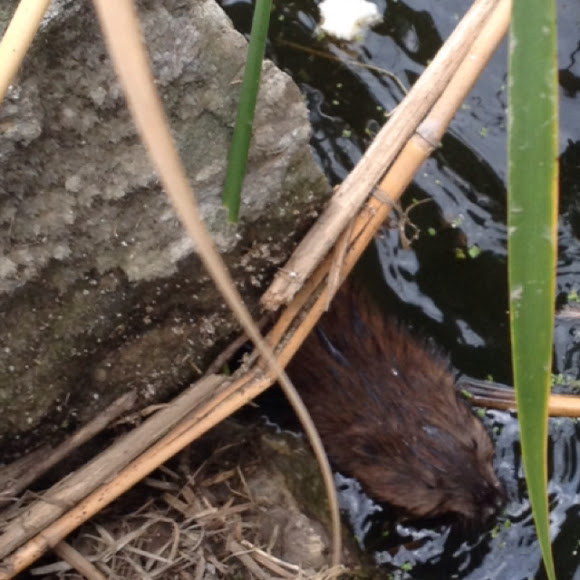 Adorable! Bigger than a rat but much smaller than an otter or beaver. Thin round tail with little fur (looks like a rat's) used for steering when swimming. Fur reddish brown, with oils to keep water from soaking in. A very quick and agile swimmer.

Marshy bank of a freshwater bay, in a local park. It had a den of dry grasses built at the water's edge, hidden by tall grass and a big rock. The den had at least three entrances - two above water level and one below. This individual appeared to be living alone.