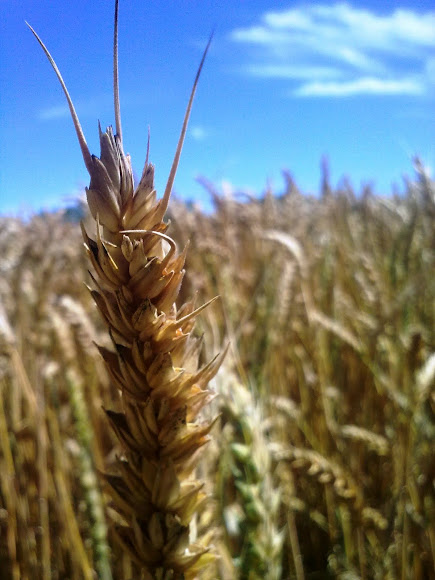 Is a grass, originally from the Fertile Crescent region of the Near East, but now cultivated worldwide. In 2007 world production of wheat was 607 million tons, making it the third most-produced cereal after maize (784 million tons) and rice (651 million tons).Globally, wheat is the leading source of vegetable protein in human food, having a higher protein content than either maize (corn) or rice, the other major cereals. In terms of total production tonnages used for food, it is currently second to rice as the main human food crop, and ahead of maize, after allowing for maize's more extensive use in animal feeds. (Wikipedia)