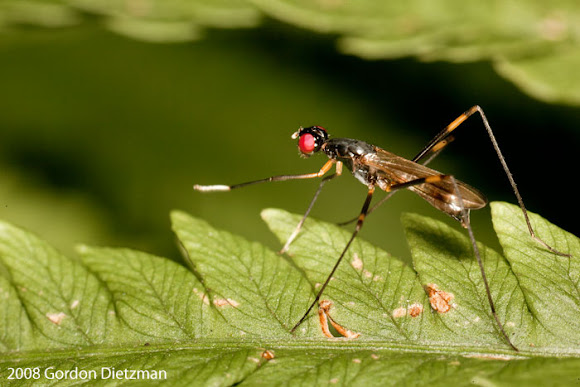 This small fly has long, stilt-like legs, from which it gets its name. The front two legs are tipped in white.

I found this insect at the edge of a deciduous forest, but in direct sunlight.

"Antennaepes" is Latin meaning "of antenna" and "pes" meaning "foot." This fascinating insect often holds its front legs out in front as this one is doing. Speculation is that the fly is trying to convince possible predators that it is a more dangerous ichneumon wasp. Many ichneumons have a white band towards the end of their antennae.