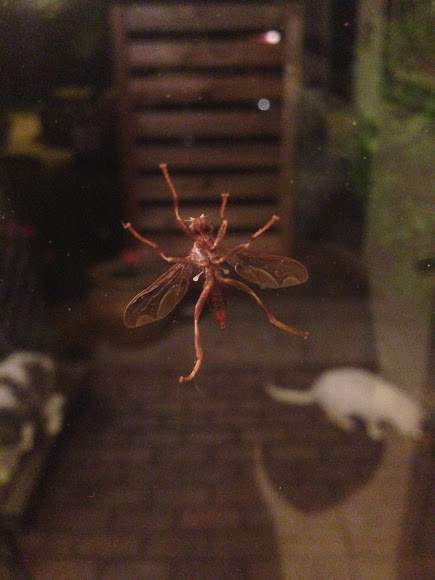 This is an insect I found on the storm door of my home one night, only an hour or so after dark. In the first picture you can clearly see strange white protrusions from its midsection on either side. After receiving an ID, a little research told me that this fly is a jerk. The female will find a June bug (June beetle, or May beetle) and land on its back so that it takes flight and then lays an egg under its wings. The larva will spend the next two weeks killing it and then pupates inside the remains.