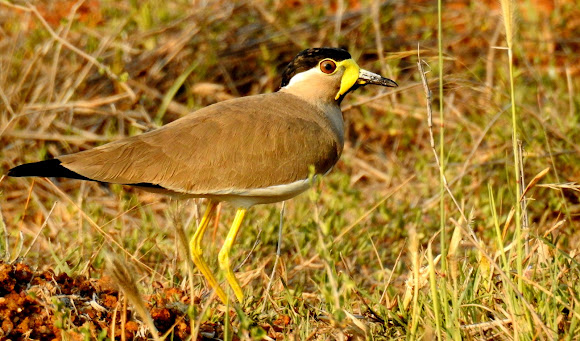 They are medium-sized pale brown waders with a black crown which is separated from the brown on the neck by a narrow white band and large yellow facial wattles. The chin and throat are black and the brown neck and upper breast is separated from the white belly by a narrow blackish line. The tail has a subterminal black band which does not extend into the outer tail-feathers. There is a white wingbar on the inner half of the wing. The bill is yellow at the base. They have tiny yellow carpal spurs. The crown feathers can be raised slightly in displays.