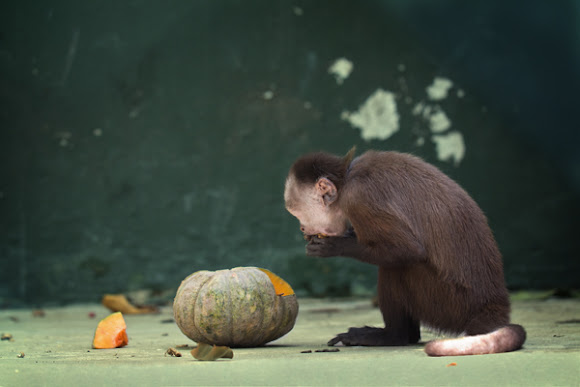 It is a species of capuchin monkey, a type of New World primate, found in seven different countries in South America. Their populations are declining and is believed to be caused by human-induced habitat loss and degradation, and hunting. The species is classified as Least Concern, though subspecies in northern Colombia are considered Vulnerable.

It is found in a variety of forest types.

Photographed at the Barranquilla zoo.