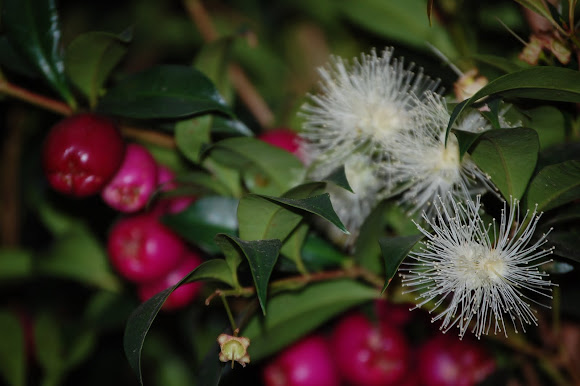 Syzygium is a genus of flowering plants that belongs to the myrtle family, Myrtaceae. Most species are evergreen trees and shrubs. Several species are grown as ornamental plants for their attractive glossy foliage, and a few produce edible fruit that are eaten fresh or used in jams and jellies

The genus comprises about 1100 species, and has a native range that extends from Africa and Madagascar through southern Asia east through the Pacific. Its highest levels of diversity occur from Malaysia to northeastern Australia, where many species are very poorly known and many more have not been described taxonomically. 62 species are found in Australia and are generally known as lillipillies, brush cherries or satinash.