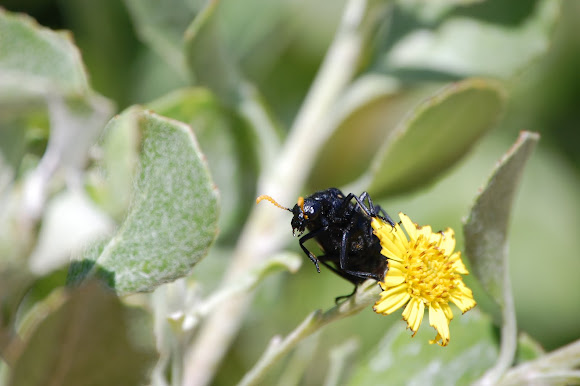 The CMR bean beetle, is a large, conspicuously-colored beetle in the family Meloidae (blister beetles). “CMR” refers to the Cape Mounted Rifle Corps, a police force in the old Cape Colony whose uniforms sported black and yellow bands that resemble the colors of this beetle. They often feed on plants and fungi, break down animal and plant debris, and eat other invertebrates.

Beetles can be found in almost all habitats, but are not known to occur in the sea or in the polar regions.

Thank you Yasser. Project Noah is an awesome concept that turned into reality!

That's a beautiful beetle! Thanks for sharing and for adding all the interesting information. Welcome to Project Noah! :)