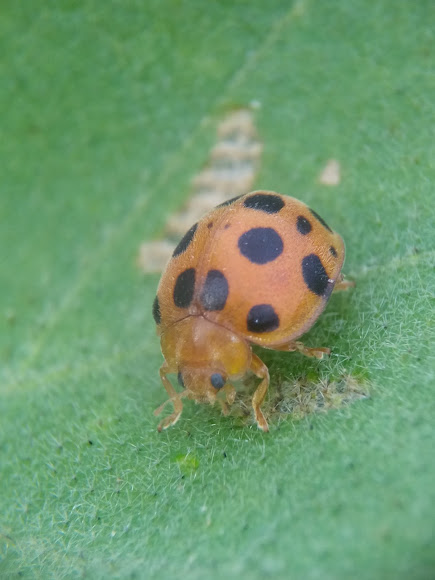 This species is native to Southeast Asia, especially India, but has been accidentally introduced to other parts of the world, including Australia and New Zealand. It has also been recorded from Brazil and Argentina, starting in 1996.

Modestus a month ago

Modestus a month ago

Hello modes4413,
You could put 28-speckled potato beetle or Hadda beetle (any one name) as the common name and Henosepilachna vigintioctopunctata as the scientific name. In the Wikipedia link box for reference you could paste this:https://en.wikipedia.org/wiki/Henosepilachna_vigintioctopunctata
That way your spotting will be complete...Also, please fill in where you saw the species...not what books say about where it is found...it makes the story complete. Thanks...Good luck with many more spottings.

Hello modes4413 and welcome to the Project Noah community!
Nice first spotting!
Project Noah is a tool for people to learn about wildlife, share wildlife spotting's, build nature journals and engage in citizen science. Here you will find a friendly community of people passionate about wildlife and conservation.