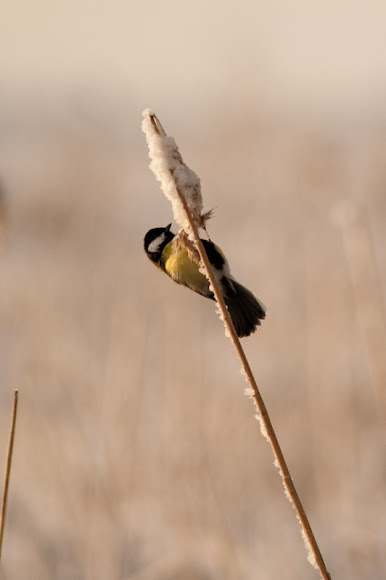 The Great Tit (Parus major) is a passerine bird in the tit family Paridae. It is a widespread and common species throughout Europe, the Middle East, Central and Northern Asia, and parts of North Africa in any sort of woodland. It is generally resident, and most Great Tits do not migrate except in extremely harsh winters.

Here, looking for food in winter in a mixture of open grass land, water and some trees.

Timing is important for such small and fast moving birds...Good shot

Brave bird going out for food in the snow!