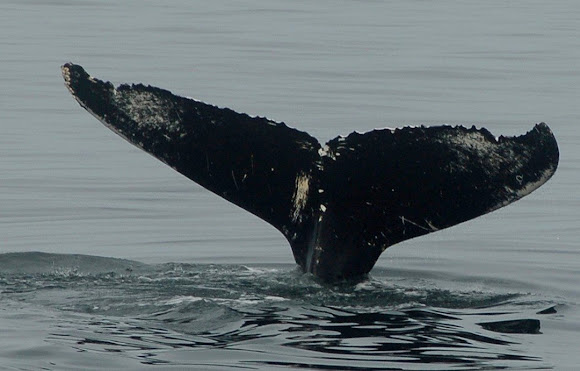 This is a female named SPOON Hwc#0150. She was first seen in 1977 so whale watchers in Massachusetts and Maine have know her for 34 years!! She has had many calves in those years (humpbacks normally give birth every other year) and some of her calves have had calves so she is a grand mother, maybe even a great grandmother. In any case she is one of the first group of whales identified. Allied Whale holds the identification catalog for the North Atlantic Humpback whales http://www.coa.edu/html/nahc.htm You can read more about her here. http://www.flickr.com/photos/flukematche...

It is indeed!! Good match. I describe her life a bit in the notes above

This is a whale named Spoon!

no no it is the tale of a whale haha

its a whale of a tale