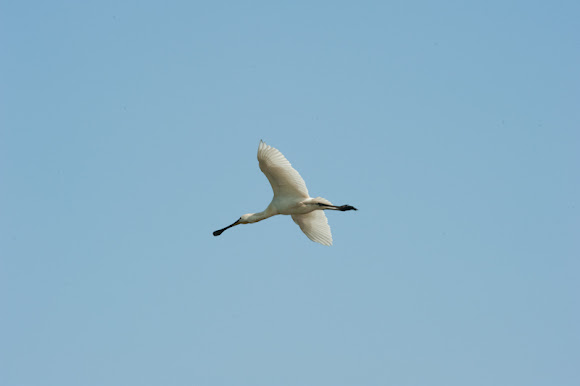 The Eurasian Spoonbill or Common Spoonbill (Platalea leucorodia) is a wading bird of the ibis and spoonbill family Threskiornithidae, breeding in southern Eurasia from Spain to Japan, and also in North Africa. In Europe, only The Netherlands, Spain, Austria, Hungary and Greece have sizeable populations.[1] Most birds migrate to the tropics in winter, with European breeders mainly going to Africa, but a few remaining in mild winter areas of western Europe south to the United Kingdom.