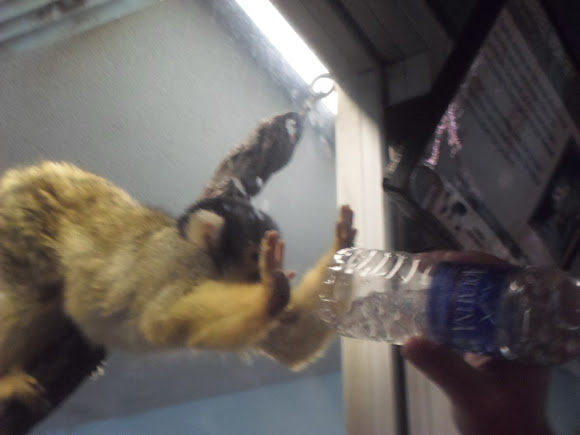 This little monkey seems to like my dad's water bottle...