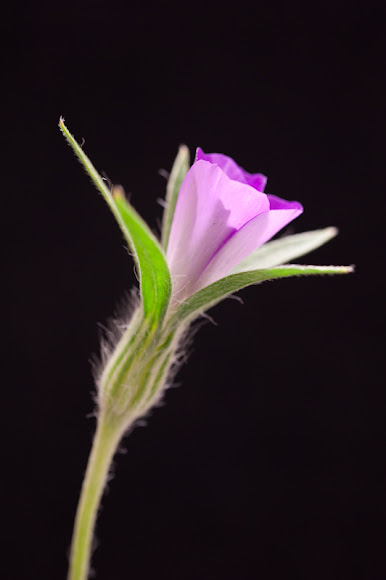 Common Corncockle (Agrostemma githago) - also written "corn cockle" and "corn-cockle" and known locally simply as "the corncockle" -, is a slender pink flower of European wheat fields. In the 19th century, it was reported as a very common weed of wheat fields and its seeds were inadvertently included in harvested wheat seed and then re-sown the following season. It is very likely that until the 20th century, most wheat contained some corncockle seed.

Wild grassland near the dunes.

Thanks for all support!

Very nice. I like the translucency of the petals

I didn't know it was on the red list.

@gtetweets. Thanks, seems like you are my biggest fan!

The common Corncockle is on the red list of plants in the Netherlands. I was really happy to find it in a large field with a variety of thousands and thousand most common flowers and plants.