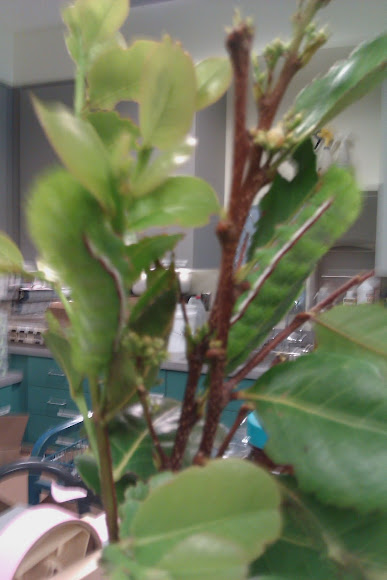 As the larvae develop, they will lose their orange color and will turn bright green and urticating, having many spines The green caterpillars have two lateral stripes, the upper one being bright red and the lower one being white. When the caterpillars are ready, they spin a flimsy, valveless cocoon made from a dark, coarse silk. Some larvae will crawl to the base of the tree and make their cocoons amongst leaf litter on the ground, while others will use living leaves to wrap their cocoons with. The leaves will turn brown and fall to the ground during autumn, taking the cocoons with them. There they pupate, the pupa being dark brown/black. The pupae of the females are considerably larger than those of the males.

The spines have a poison that is released with the slightest touch, that cause a lot of pain if touched. This photo was taken on PRIVATE PROPERTY.