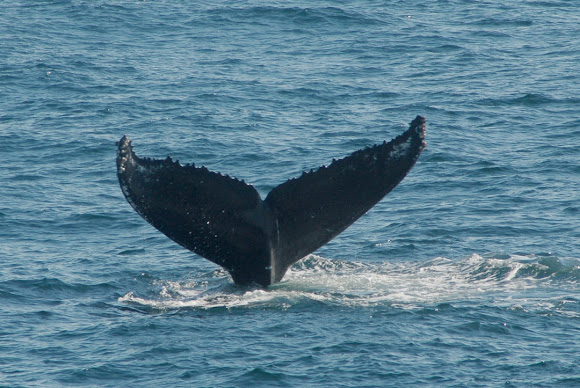 This is a whale named Knuckles HWC#8292. She was first seen in 1995 and has returned with a couple of calves since then so they know she is female. I put these whale flukes up close together so you can see how different the ventral (underside) patterns are. It is like a finger print that allows us to identify and track individuals over time. This way we can generate life histories... some whales have been known since 1976! There are Grandmothers out there!