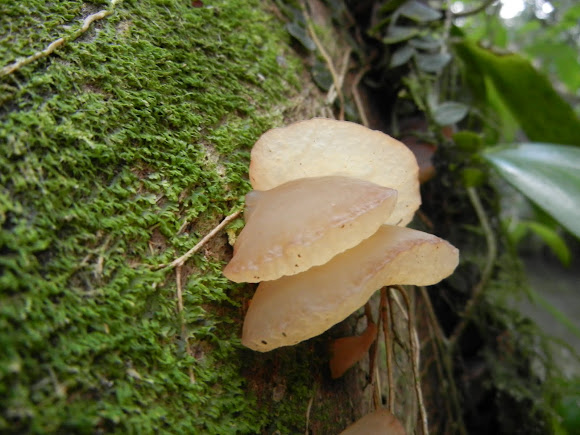 Fungus found on an upright tree, living alongside a freshwater river. It is possibly parasitic as there were other species of fungus on dead and down trees, however this tree seemed to be rather healthy and lush.

In the picture of the river the fungus is on the tree on the left side of the picture.

It's some sort of jelly mushroom, but none of my mushroom books seem to mention it. I wonder if is immature... Maybe it's this <http://www.sciencephoto.com/images/downl...>

If there is such thing, the fungus looks almost like a succulent in this picture. Good picture!

Very strange creature... Particularly like the way you've put the finding in context on the last picture. Thanks for sharing.