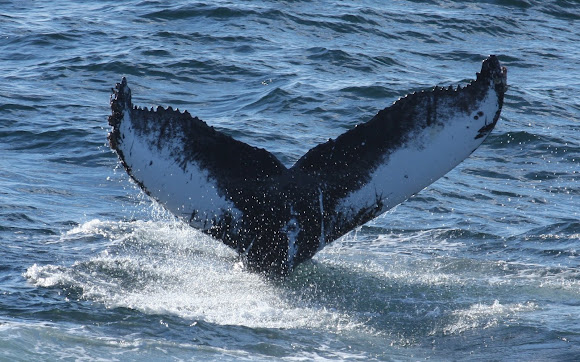 "FLICKER" was first seen in 2008 and has been named by the whale watch boats in the Gulf of Maine, but his/her fluke has not been matched or entered into the Allied Whale catalog yet and so does not have a number. Two "flukematchers" have to take a photo through the catalog without finding a match before it is determined to be a new whale