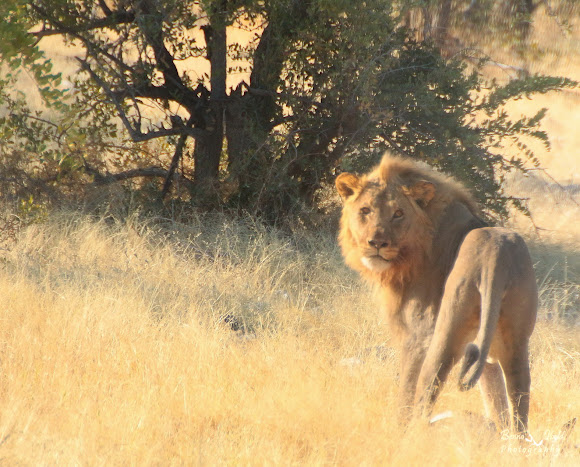 The lion (Panthera leo) is one of the four big cats in the genus Panthera and a member of the family Felidae. With some males exceeding 250 kg (550 lb) in weight,[4] it is the second-largest living cat after the tiger. Wild lions currently exist in sub-Saharan Africa and in Asia (where an endangered remnant population resides in Gir Forest National Park in India) while other types of lions have disappeared from North Africa and Southwest Asia in historic times. Until the late Pleistocene, about 10,000 years ago, the lion was the most widespread large land mammal after humans. They were found in most of Africa, across Eurasia from western Europe to India, and in the Americas from the Yukon to Peru.[5] The lion is a vulnerable species, having seen a major population decline in its African range of 30–50% per two decades during the second half of the 20th century. Lion populations are untenable outside designated reserves and national parks. Although the cause of the decline is not fully understood, habitat loss and conflicts with humans are currently the greatest causes of concern. Within Africa, the West African lion population is particularly endangered.

The preferred habitat of the lion is the savannah, but the species is found in dry forests and semi-deserts, but never in dense damp forests or waterless deserts.