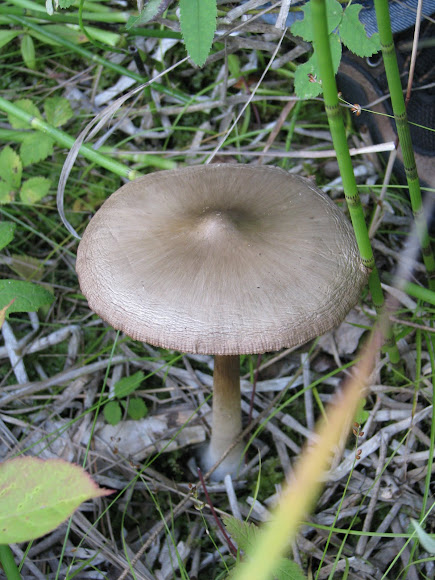 Typically found under deciduous trees or in grassy areas, a variable species -- much of them apparently still under investigation. Mushroom appeared to be drying out, but the season had been quite wet, and it was in an area of muskeg.