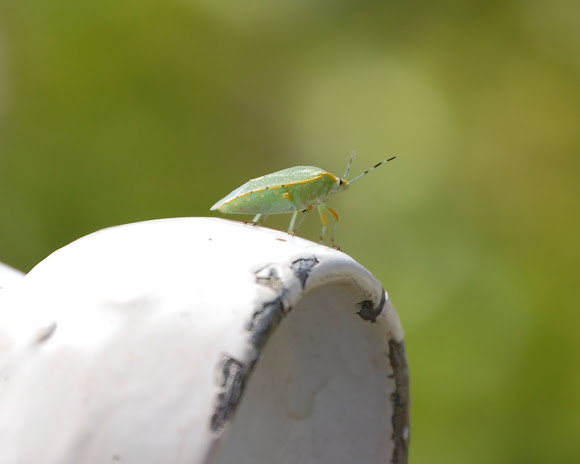 Adults are approximately a centimeter long, bright green and shield-shaped. Also commonly known as the green vegetable bug, is a plant-feeding stink bug. Although believed to have originated in Ethiopia, it can now be found around the world. Because of its preference for certain species of legumes, such as beans and soybeans, it is an economically important pest on such crops.