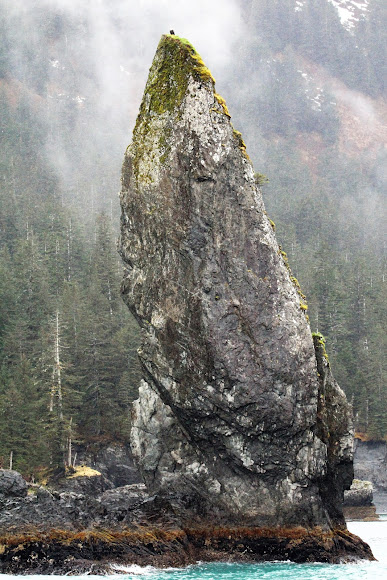 A large North American raptor with an average wingspan of 7'. Their bodies are generally dark brown or black, but the distinctive white head does not appear until adulthood (about 4 or 5 years of age). Both the feet and beaks of bald eagles are yellow/orange, but again, they may be black until adulthood. Their primary diet is fish.

Near large bodies of open water with large tree snags to nest in.

I just couldn't resist posting this picture of a bald eagle atop Monolithe Rock in Resurrection Bay (part of the Kenai Fjords National Park).