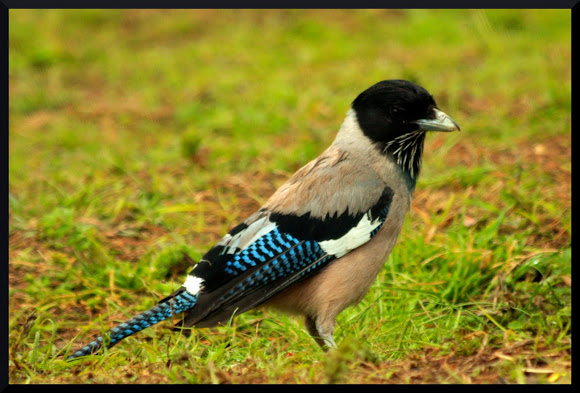 The Lanceolated Jay or Black-headed Jay (Garrulus lanceolatus) is roughly the same size as its close relative the Eurasian Jay, but a little more slender overall except for the bill which is slightly shorter and thicker. The top of the head is black and it has a more obvious crest too and a longer tail.

It occurs in eastern Afghanistan and the Himalayas across to Nepal in wooded country with large areas of open ground rather than dense forest. It also occurs in some cultivated areas and even near villages as long as there are enough trees and scrubland nearby.