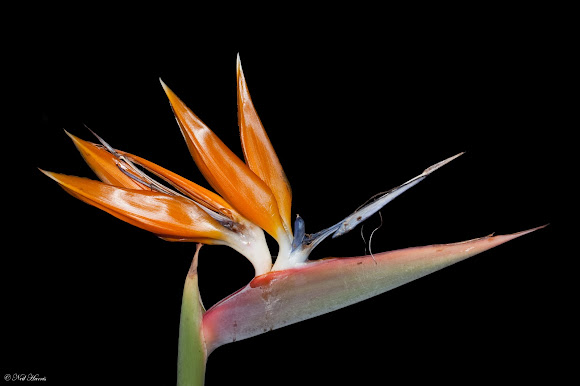 Strelitzia is a genus of five species of perennial plants, native to South Africa. The genus is named after the duchy of Mecklenburg-Strelitz, birthplace of Queen Charlotte of the United Kingdom. A common name of the genus is bird of paradise flower, because of a supposed resemblance of its flowers to the bird of paradise. In South Africa it is commonly known as a crane flower.