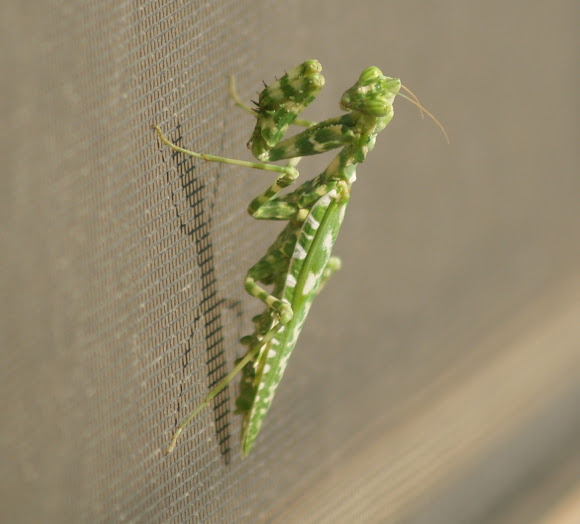 Blepharopsis mendica is a species of praying mantis found in North Africa, parts of the Mediterranean, Middle East and southern Asia, and on the Canary Islands. Devil's flower mantis, Egyptian flower mantis, thistle mantis, and Arab mantis are among its common names. In deimatic display, the adult rotates its head and thorax to one side, displaying the bright colors on the insides of its forelegs and the undersides of its hindwings, and holds its wings slightly spread behind the body, making it seem large and threatening.

This cryptic species lives in more or less xeric areas, including both herbaceous vegetation and spiny bushes. The particular color and shape of this genus seem to be well suited for mimicry of the leaves and color pattern of spiny or dry bushes of Mediterranean vegetation and oasis vegetation in deserts. This species usually overwinters as nymphs and the adults appear in spring.