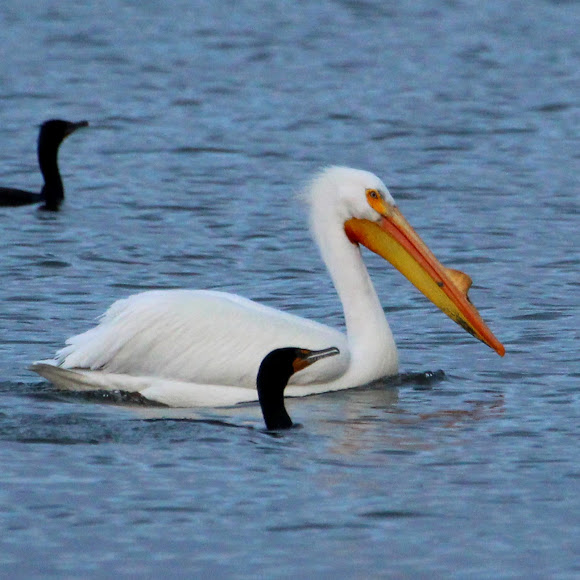 Series: Shortly after sunrise, I was pleasantly surprised (or shocked) to have found a half-dozen huge American White Pelicans (extremely rare in Michigan) swimming among several of species of waterfowl including ducks, grebe and gulls. There were also several Double-crested Cormorants that were swimming side-by-side with the pelicans, which can be seen in my photos. After observing them for about a half-hour, they were spooked by a small fishing boat and took flight, also seen in several photos.

Mouth of the Huron River and Lake Erie.

The pelican sighting is unusual [in Michigan], but not unheard of, according to Chuck Pistis of the Michigan Sea Grant Extension program.