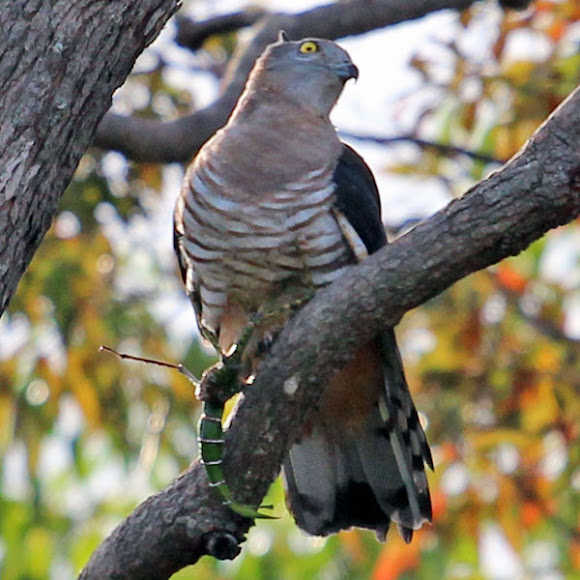 This medium-sized hawk is clutching what appears to be a Goliath Stick Insect (Eurycnema goliath) that it has just caught. The stick insect is huge - we estimate 20-30cm. Large insects are the preferred food of Pacific Bazas, but they will also eat frogs and sometimes fruit.

Eucalypt forest behind our back fence.

Second spotting of a Pacific Baza in two weeks - and this one was right over our back fence! It was quite some distance away and I took a bunch of shots, but these are the only two that came out. We were amazed to see the Stick Insect in the first shot - they are rarely seen due to their amazing camouflage abilities.