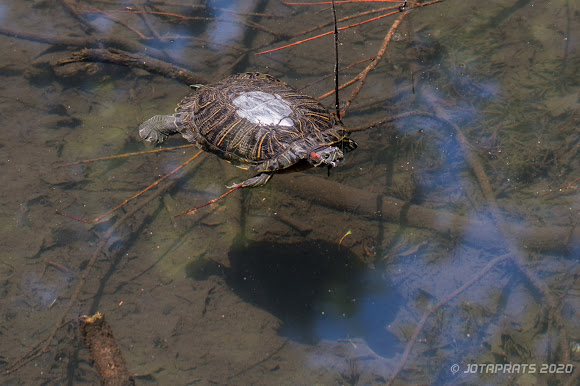 The red-eared slider, also known as the red-eared terrapin, is a semiaquatic turtle belonging to the family Emydidae. Red-eared sliders get their name from the small red stripe around their ears. The "slider" part of their name comes from their ability to slide off rocks and logs and into the water quickly.

Spotted at Central Park - New York It is native to the southern United States and northern Mexico, but has become established in other places because of pet releases, and has become an invasive species in many areas, where it outcompetes native species.