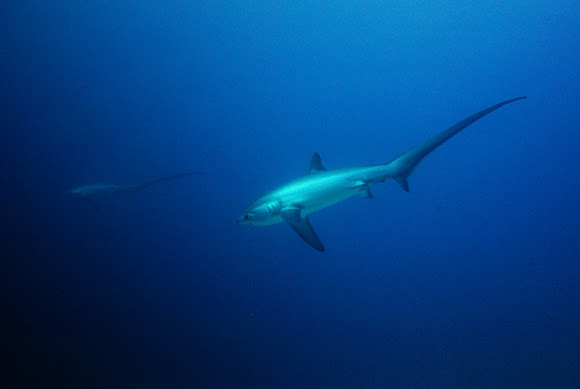 The pelagic thresher is the smallest of the thresher sharks, typically 3 m. This species has a fusiform body and a very slender upper caudal fin lobe nearly as long as the rest of the shark.

The pelagic thresher occurs in the tropical and subtropical waters of the Indian and Pacific Oceans, usually far from shore, but occasionally entering coastal habitats.

The pelagic thresher is an active, strong swimmer and has been known to leap clear of the water. All three thresher shark species were assessed as vulnerable by the IUCN in 2007, as their low fecundity cannot sustain high levels of exploitation.