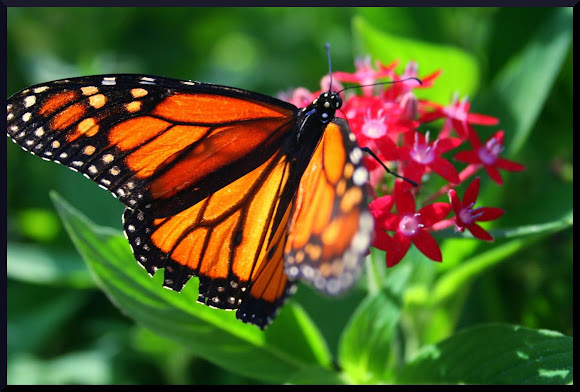 The Monarch butterfly (Danaus plexippus) is a milkweed butterfly (subfamily Danainae), in the family Nymphalidae. It is perhaps the best known of all North American butterflies. Since the 19th century, it has been found in New Zealand, and in Australia since 1871 where it is called the Wanderer.

In North America, the Monarch ranges from southern Canada to northern South America. It rarely strays to western Europe (even more rarely as far as Greece) from being transported by U. S. ships or by flying there if weather and wind conditions are right.