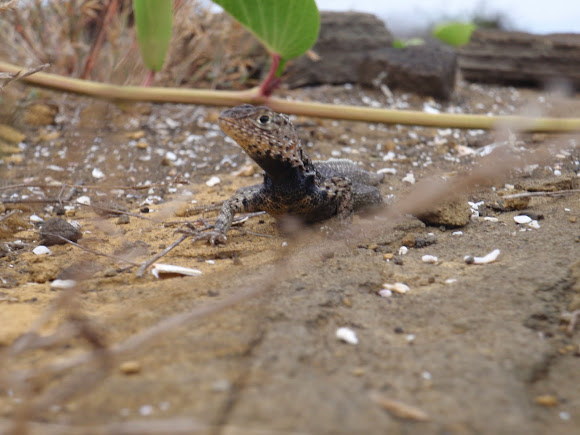 Taken at James Bay on Santiago Island. Both photos are of a male Lava Lizard. Species shows sexual dimorphism-males have dark red-black throat patches and a distinct spinal crest. In the first photo, the male was doing "push ups," which they use as a display of dominance.

Found on every major island except Genovesa, in pretty much every habitat.