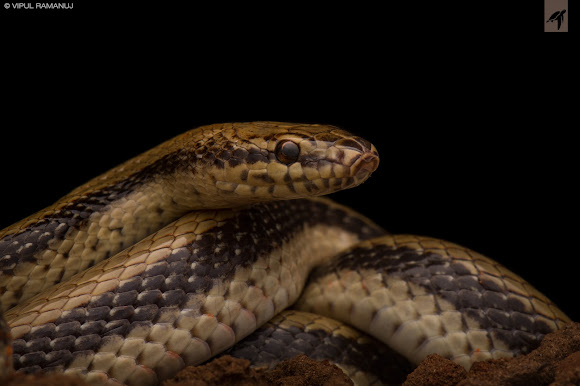 Started the herping season this year with the spotting of this mega snake from Gujarat, India. In 2006, this snake was not only confirmed as a new species, but also a new genus -Wallaceophis.

Way back in 2007, while working on a project on mitigation of roadkills in flood-affected areas near Bhavnagar (Gujarat), I found this species as a road-kill. It looked pretty unusual so I carried the dead specimen home for the scale count. Much of it was mangled, and the counts did not match! Made umpteen field visits, contacted local rescuers to find a live specimen. After a year and a half, I got a call from one of the rescuers saying he'd rescued a 'similar looking' snake. I instantly left home and confirmed It was the same species that I got as roadkill. I took pictures and other data and shared it with some taxonomists and they concluded that it could be just another morph of and Indian Smooth Snake. At a personal level, I was never convinced. After that during my field visits found a few more specimens. Thankfully, in 2016 Mirza et al. described this new genus and named it after Alfred Russel Wallace.